The 2016-2017 season will be Blake’s second with the organization. In 2015-2016 he was the assistant coach with the 18U team where he joined his former teammate at Boston College, Chris Masters, on the coaching staff. He was promoted to Head Coach of the 18’s in ’16-’17. He is also a coach for in the organization’s AAA tournament team program. 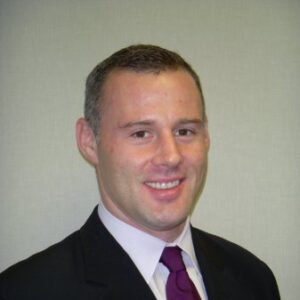 Blake started his playing career at the Framingham youth hockey program where he led 3 of his teams to state titles.  He continued his success attending Framingham High School where he was named team MVP all 4 years and finished his career as the Massachusetts Division 1 all-time top scorer.  He still holds this title with 302 points.

After a tremendous schoolboy career, Blake pursued a business degree at Boston College on full scholarship.  As a freshman, he had instant success capturing the Hockey East Rookie of the Week honors 4 times and he also had the privilege of representing the United States in the World Junior Hockey tournament where he won a silver medal in Geneva, Switzerland.  As a junior, Blake captured the Hockey East Tournament MVP by scoring the overtime goal in the title game.

His senior year, Blake was named assistant captain and team MVP.  He finished his career with the Eagles winning 2 Hockey East Tournaments, reaching 3 Final Fours, and scoring 174 points which makes him 10th All Time on the Boston College career scoring list.  He also finished as the career leader in goals for the Hockey East Tournament.  During his time at BC, Blake was also teammates with fellow Junior Bruin coaches: Chris Masters (3 years), Andy Powers (3 years), and Peter Masters (1 year).

After his senior season ended, Blake immediately signed with the NHL’s Columbus Blue Jackets making him the first American born player to sign with the new franchise.  Blake played professional hockey for 8 years; playing over 400+ professional games in the NHL, AHL and ECHL combined.  In his final 2 years playing pro, Blake had the privilege of serving as team captain and player coach for the Charlotte Checkers.

He is married to wife Lindsey and in early 2016 welcomed thier fist child, son PJ.